Parte Vieja (Old Town) is the city's most authentic neighbourhood, the place where, an area where you can find a Gothic church and a Baroque basilica only a few meters apart, alongside a square that was once a bull ring (hence the many balconies), narrow streets full of atmosphere or the "baserritarras" selling the best vegetables in the city.

Begin at the Tourist Office (Number 1) on the Boulevard and walk towards La Brecha market (Number 2) which owes its name to the place where the English and Portuguese troops tore down the wall during the siege of 1813, when the French army was holed up in the city. Its traditional street market houses some of San Sebastián's best stalls visited by the city's most renowned chefs almost daily. 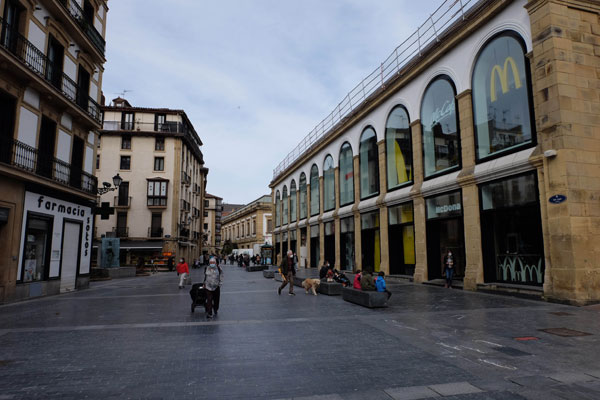 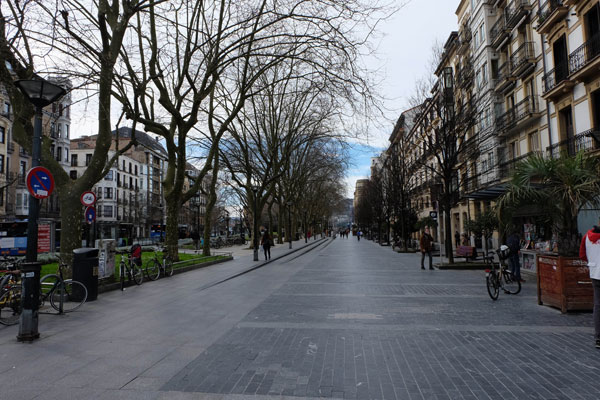 A few meters from this street you come to Plaza de la Constitución (Number 3). This is the heart of the Old Town's grid of streets. This porticoed square is presided over by the old City Hall and its balconies are still numbered, harking back to when it was a bull ring. 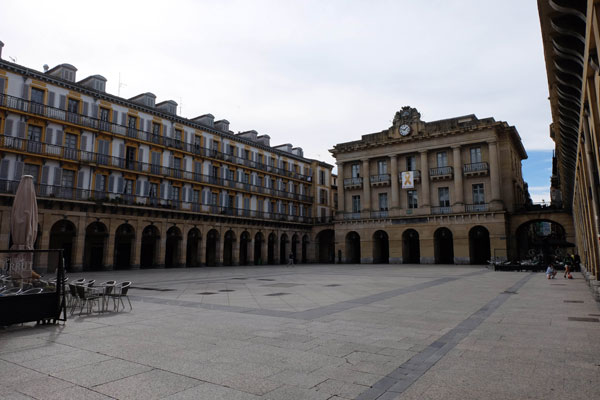 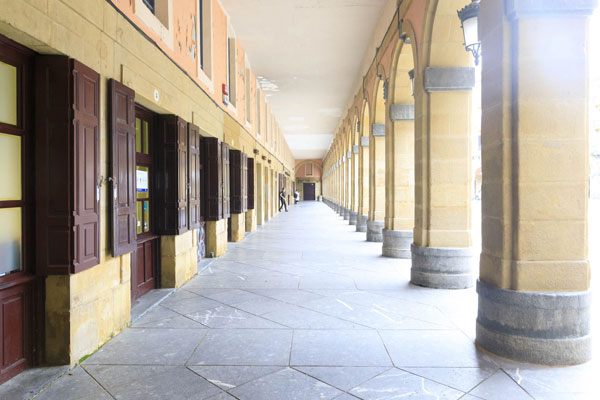 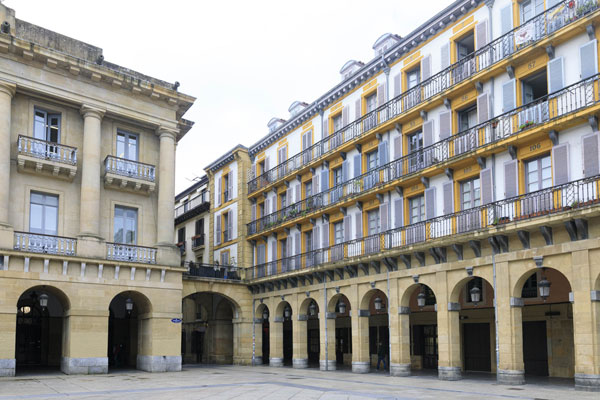 Next to Plaza de la Constitución is the Church of San Vicente (Number 4), the oldest building in the city. It was built at the beginning of the 16th century in the late Gothic style and its sombre and secluded interior features a spectacular altarpiece with scenes from the Passion.

On the other side of the lively Plaza Zuloaga, which opens to the north of the church, is the San Telmo Museum (Number 5) of Basque Society and People. The museum is an exhibition space devoted to Basque history set in a former Dominican convent built in the sixteenth century and expanded with an avant-garde building in 2022.

Turning right, you move into Calle 31 de Agosto, a street which, beyond its gastronomic fame, is very dear to the people of San Sebastián: the houses on the even-numbered side were the only ones to survive the devastating fire of the siege of 1813. Halfway down the street there is a space that serves as a “fronton” playground and stage for rural sports competitions and concerts: Plaza de La Trinidad. 'La Trini', as it is popularly known, is the most beloved space during the Jazzaldia, an open-air auditorium with perfect acoustics that has welcomed the 20th century's brightest starts of blues, soul or jazz, including B.B. King, James Brown and Ella Fitzgerald. 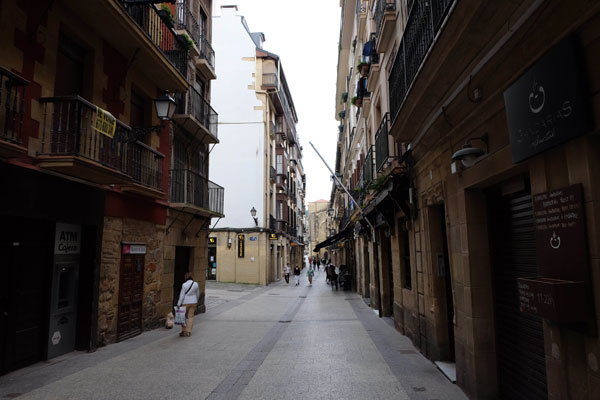 At the end of this street, sheltered by Mount Urgull, is the Basilica of Santa Maria (Number 6), a baroque temple built in the 18th century using funds from the Real Compañía Guipuzcoana de Caracas. The building draws your attention because of its dimensions and for housing an interesting Diocesan museum with works by El Greco, Jorge Oteiza and Chillida.

The Parte Vieja (Old Town) may not have a beach, but it does have the Port (Number 7) which can be reached through one of the gates in the Old Town's former city wall. Access to the quay is via a steeply sloping street that is the only tricky area along this entire pedestrian route for people with reduced mobility. The quay in San Sebastián has its own unique character, including traditional seafood restaurants, its own delicacy (kiskillas and karrakelas) to nibble on while strolling, and typical old-fashioned fishermen's houses. 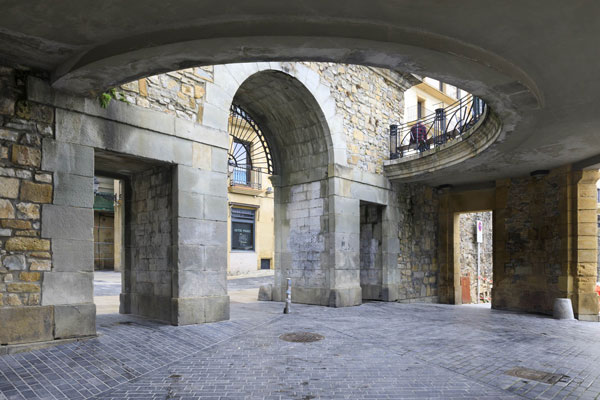 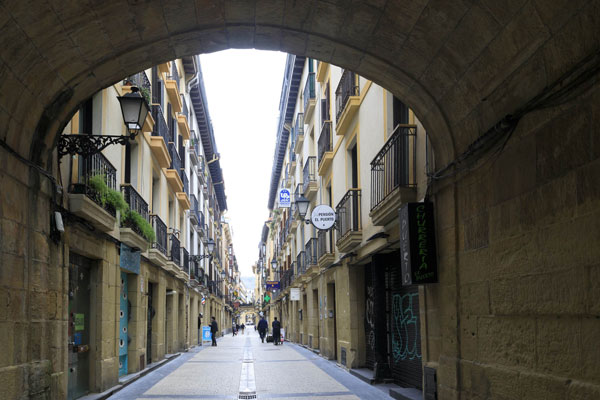 At the end of the port is the City Hall (Number 8), a former casino, built in 1887 in the style of the gambling houses that proliferated on the French and Italian Rivieras. In front of the City Hall, the Alderdi Eder Gardens is a green space carefully planned at the end of the 19th century with a carousel adored by children and the unwavering presence of Tamarisk trees, a species of trees that is ubiquitous around San Sebastián's seafront.

Just two blocks away you find the first urban park ever built in San Sebastián, the Plaza Gipuzkoa (Number 9), a beautiful 19th century garden in the French style. The square is presided over by the Provincial Council building. This highest point of the building's façade displays busts of some of the Basque Country's most illustrious sailors. This part of the city is a regimented grid of buildings in a modern European style but with a Donostian flare: the characteristic yellowish stone used for these buildings came from the sandstone quarries in Mount Igeldo and Mount Ulia. 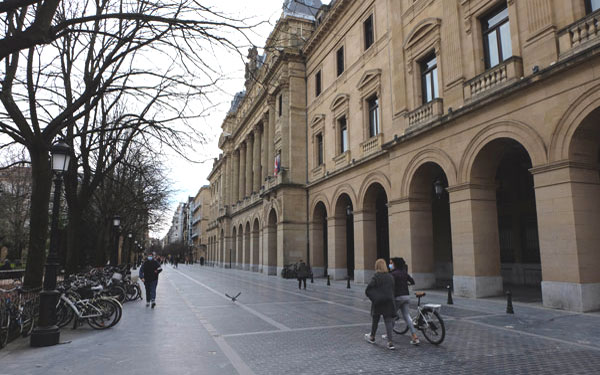 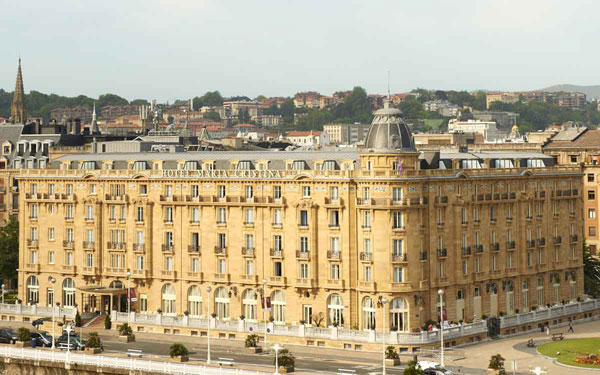 Closer to the river you find two of the emblems of the San Sebastián during the Belle Époque: the Victoria Eugenia Theatre and the Maria Cristina Hotel (Number 10), an inseparable duo, both an initiative by a city that aspired (and succeeded) in attracting European tourists during the inter-war period. These two buildings have witnessed hundreds of celebrities combing through the city, from Mata Hari to Bruce Springsteen and stars like Elizabeth Taylor, Bette Davis, Woody Allen, Richard Gere and Brad Pitt, all coming for the city's International Film Festival, the Zinemaldia.