The sea is the star of this route which begins at Monpas point, in the shadow of Mount Ulia, and ends at the foot of Mount Igeldo. Around six kilometres in length right along the shore, passing by San Sebastián's three beaches. La Zurriola, La Concha and Ondarreta, as it makes its way along the coastal “Camino de Santiago”.

The routes start at Monpas. This is a regular meeting place for surf fans. From there, Paseo de Zurriola runs along the promenade and ends up in the Gros district, at the Conference Centre and Kursaal Auditorium, one of the city's architectural gems and a new focal point of culture designed by architect Rafael Moneo to resemble two rocks jutting out towards the sea. 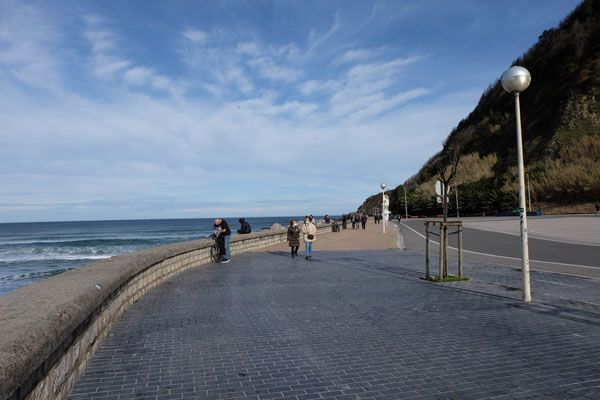 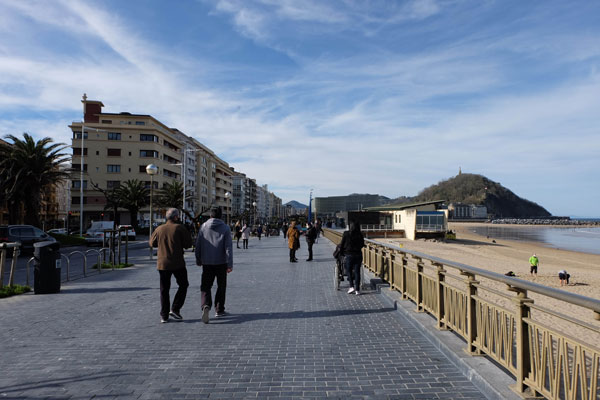 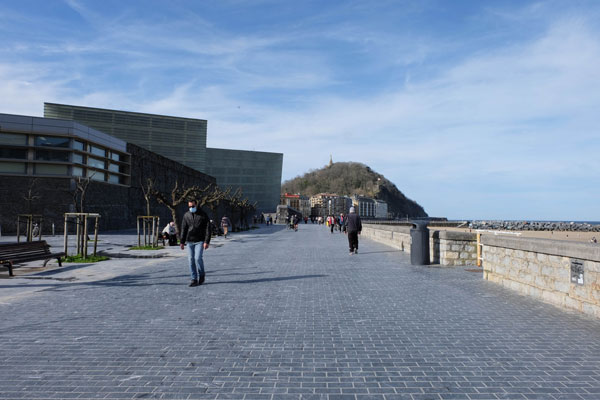 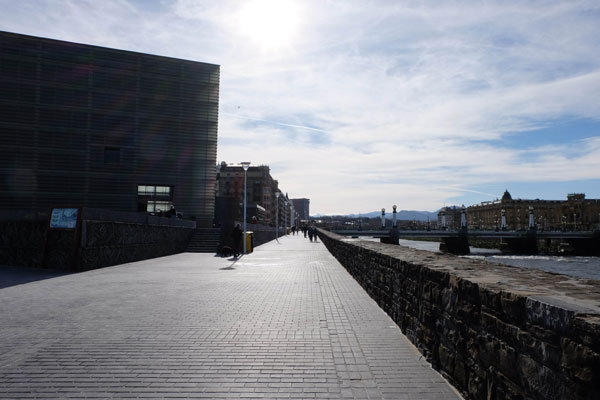 Crossing Zurriola bridge, an example of modernism adorning the mouth of the river Urumea, you reach Paseo Nuevo which winds its way around Mount Urgull. When the tide is high it is common for the waves to reach all the way to the promenade. Sticking close to the sea you come to Construcción Vacía, a work by Jorge Oteiza. 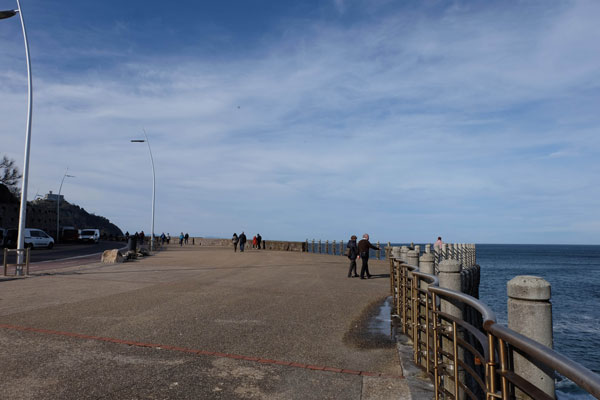 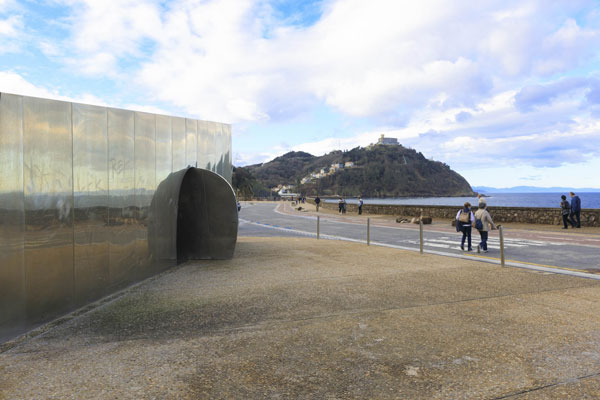 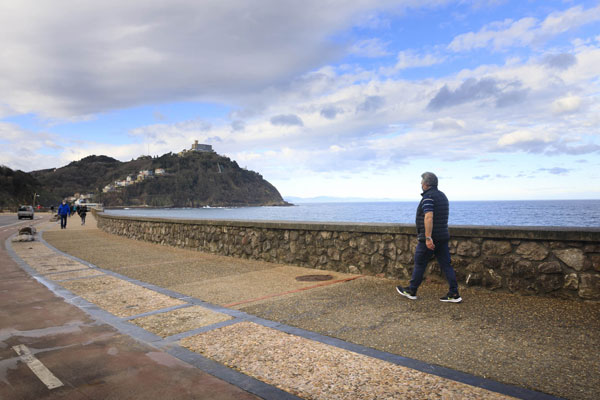 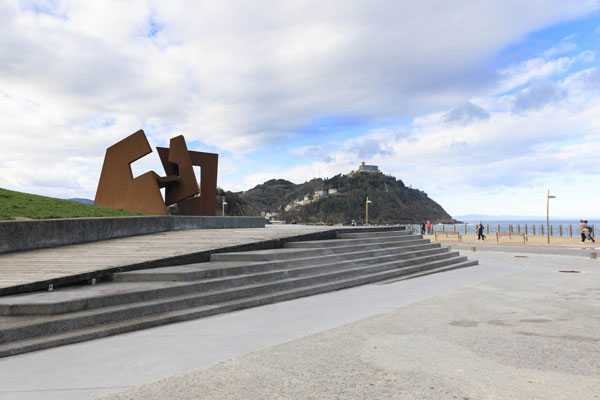 A staircase leads to the port via the Aquarium and the Naval Museum. Be sure to visit them. 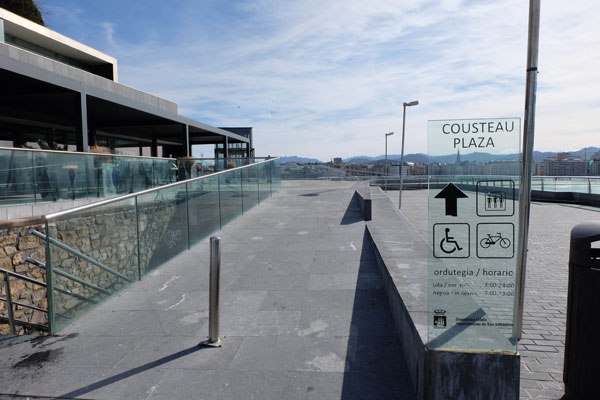 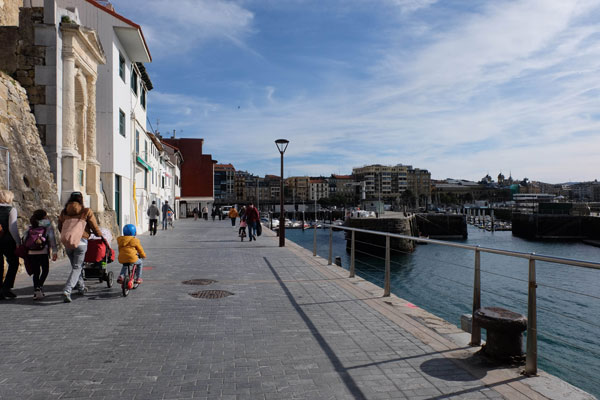 At the port. sporting and fishing boats coexist against a background of colourful fishermen's houses. At the end of the port you will find San Sebastián City Hall, a former casino, and the Royal Yacht Club, a unique work in the Rationalist style, which was built to resemble a ship berthed in the quay. Walk around the pier and enjoy the sea lapping at your feet. A little further on you will come to the Talaso-La Perla Sports Centre, now transformed into the modern Talaso Sports Centre and which used to be one of the world's most renowned coastal spas. Keep walking around La Concha beach and you will see the Homage to Fleming, a work by Chillida. This is a great spot for a rest and to take in the landscape. Opposite you is Santa Clara island. 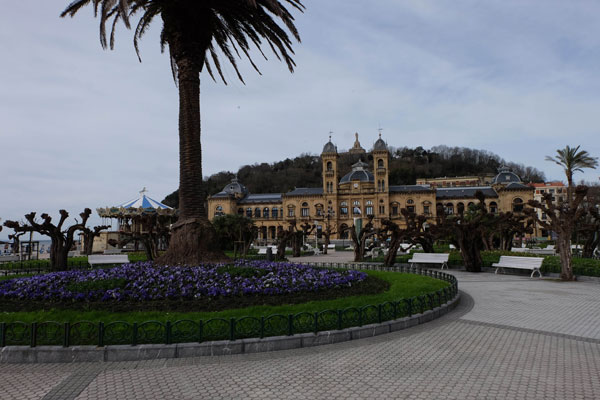 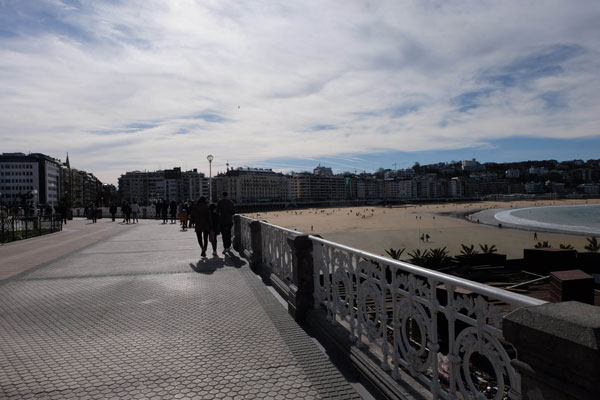 Just off Paseo de La Concha is Miramar Palace, in the "Queen Anne's English Cottage" style, where Queen Maria Cristina of Spain held court every summer. Down the other side you come to the El Antiguo (Old) district, so called because it was where the city's earliest inhabitants lived.

Next, Ondarreta beach with its promenade and gardens housing a statue built in honour of Queen María Cristina mark the way towards the Peine del Viento (Wind Comb), one of the most beautiful corners of the city and the work of the architect Luis Peña Ganchegui and the sculptor Eduardo Chillida. This corner of the city is not accessible for wheelchair users. 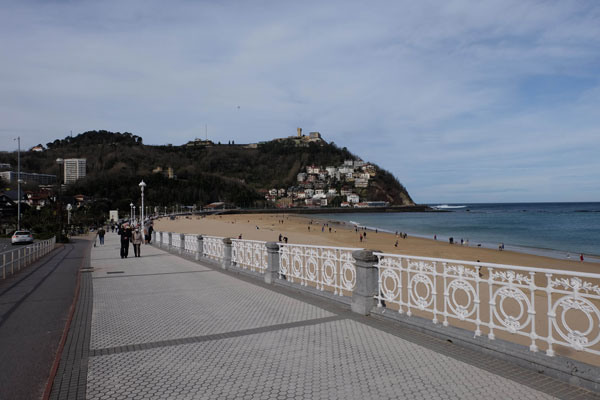 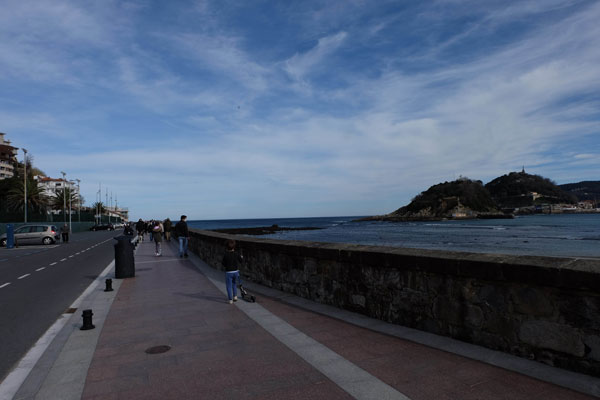 Please note! This place in the city is not accessible for wheelchair users.